How does a principal prepare for sign-off of the student growth goal?

Continuing from the previous chapter, click on the Align and Score tab for Student Growth Goals. You will see the work space on the left and the Rubric Navigator on the right.

Click on the SG component on the bottom row of the Rubric Navigator. The techer's evidence for this component will then be displayed in the work area on the left side of the page. Each piece of evidence is in its own unique gray area. 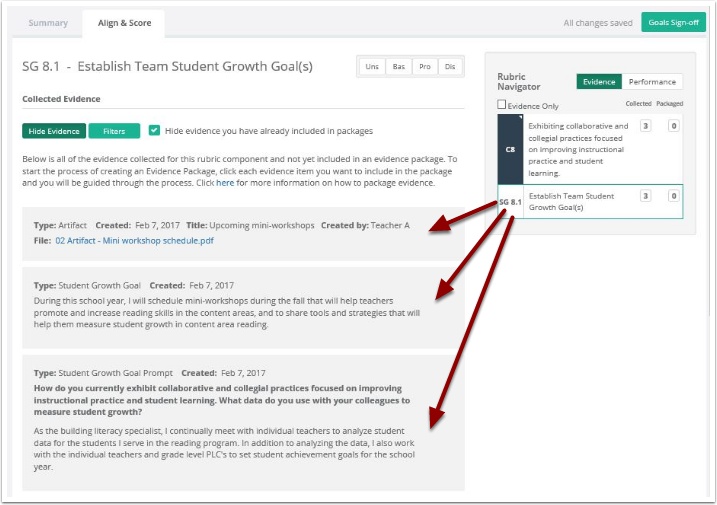 The evidence must be packaged if it is to show up in the summative reports. To begin the packaging process: 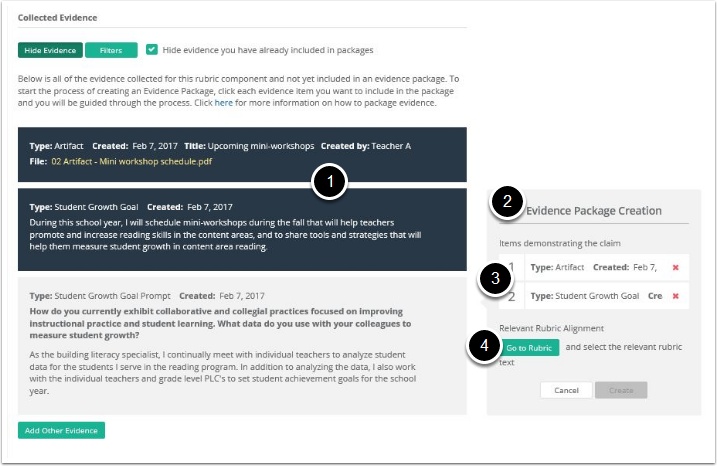 Number 4 in the sample above directs the principal to go to the rubric and select the relevant text in the rubric that best describes the quality of evidence.

Please Note:
Resist the temptation to return to the top of the screen and click on the scoring bar. You should only click on a performance level on the scoring bar after you have finished packaging all of the selected evidence, and are ready to assign the evidence a summative score.

After you have packaged one or more pieces of evidence and aligned it to the rubric language, it will then appear further down on the page, in the section entitled Packaged Evidence.

Eventually, all of your packaged evidence on this page will appear in this section, which will make it easier to assign your evidence for your Student Growth Goal (Part 1) a score. 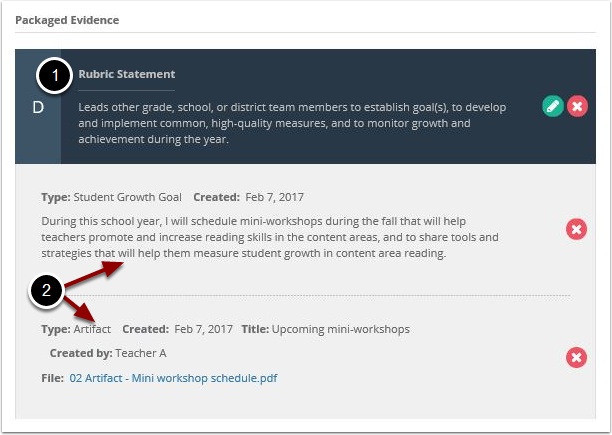 You will see some changes on the top part of the work space:

Return to the section at the top of the page called Collected Evidence. Repeat the steps above to package more evidence that has been collected and that you wish to align to the rubric. 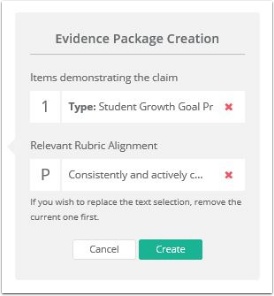 In the sample below, all three pieces of collected evidence have been packaged. 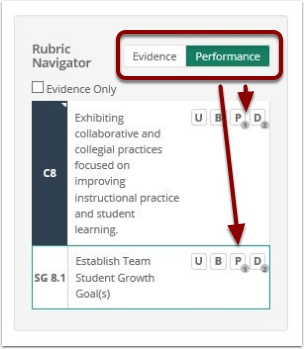 Read the next article to learn how to assign a summative score to this criteria's component and then to sign-off on the goal statement.